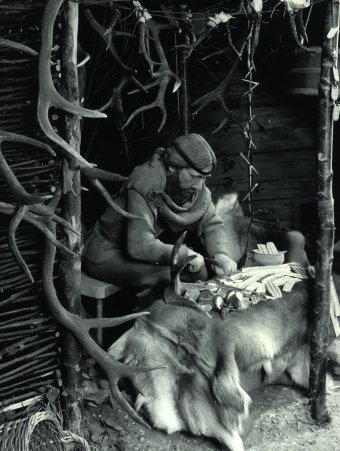 In the 1970s, invited by the exhibition designer John Sunderland to provide a soundscape for the new Jorvik Viking Centre museum in York. This was one of the first museums to attempt to combine modern multi-media techniques with historically authentic reconstruction, and was praised by the director of the British Museum for its intelligent use of sound.

The museum used 52 tracks of audio distributed on 13 separate playback machines with loop-times of different lengths, ensuring that the soundscape as a whole was constantly changing. The language of Jorvik (tenth century viking York) was Old Norse and, as this is now a dead langage, had to be reconstructed with the help of leading experts in the field.

The natural sounds in the environment had to be consistent with the evidence of environmental archaeology at the site, and the music (of which no substantial evidence remains) reconstructed by intelligent guesswork. The entry passage to the main exhibit used excerpts of music and of spoken language from the intervening ten centuries.